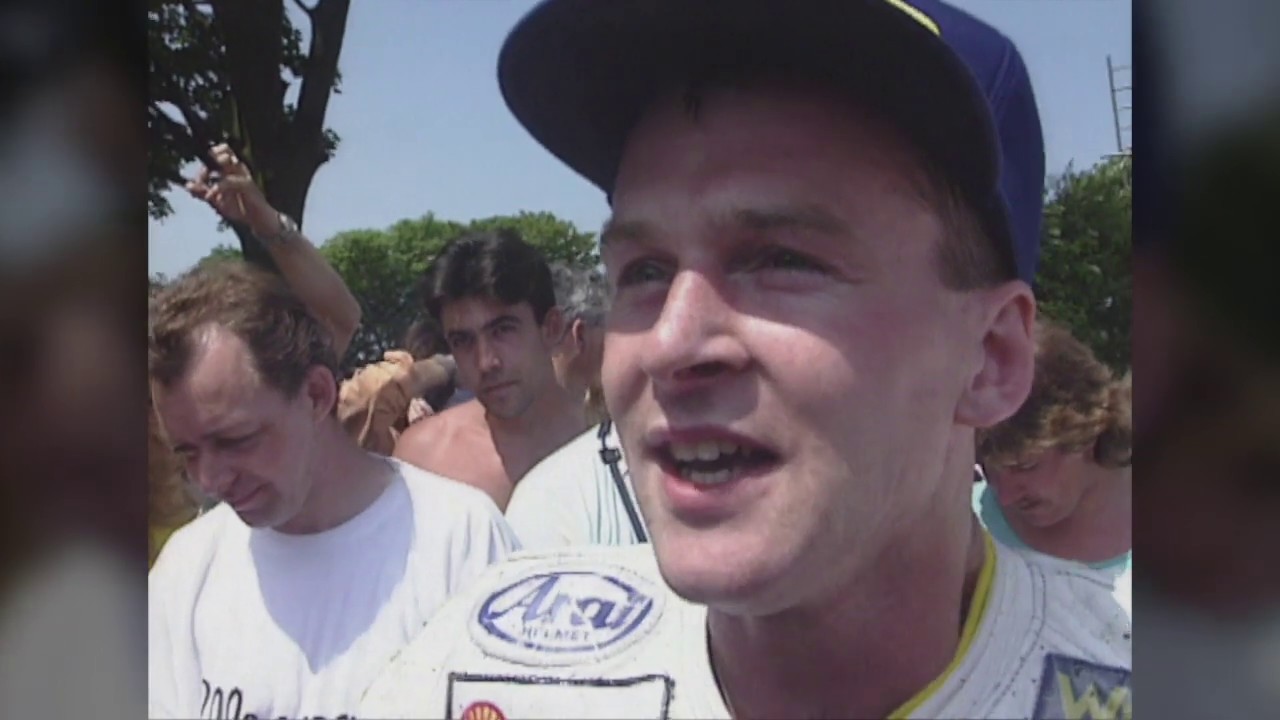 What a tremendous climax to TT week 1992 when the Isle of Man Senior TT provided a race-long battle between Steve Hislop on the Norton – The White Charger – and Carl Fogarty on the Loctite Yamaha. They swapped the lead practically every lap – and finished up setting a course record lap and the fastest ever speed between them.

At the end of the first lap Carl led Steve by 1.2 seconds with Robert Dunlop (Norton) just 3.4 seconds down in third place – and all three had lapped at over 121mph.

Lap four saw Hislop back in front by 7.4 seconds. For the first time in the race the lead did not change at the end of the fifth and penultimate lap – and the gap between first and a second was now 5.4 seconds, with Robert Dunlop still holding on to third, brother Joey having retired on the previous lap.

And so to the final lap – Fogarty set a new absolute lap record in 18 minutes 18.8 seconds equal to 123.61mph. Hislop was just a second slower, and also inside the old record, and took victory by 4.4 seconds to give Norton their first Senior TT win since 1961 and his 9th win at the TT races.

For the latest Classic TT 2018 news visit www.iomtt.com
Book your dream trip to the Isle of Man TT here: